From History to Hope

You are here: Home1 / From History to Hope 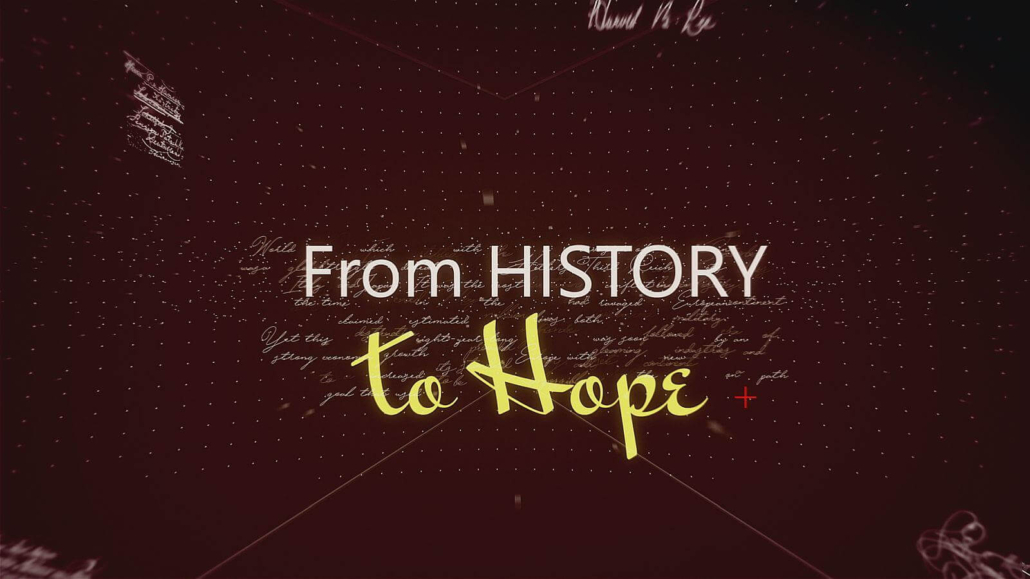 “From History to Hope”

is an exciting new Series featuring filmmaker and explorer Carl Wesley Anderson, who discovers stories of faith throughout Salvation-History. These unique stories illustrate everyday heroes walking out the Word of God in their daily lives through extraordinary circumstances.

The God of the Bible is the God of Today!

What we learn along the way will motivate and reinforce why one person’s faith can impact so many others, and also bring us a vision and hope for the future. Hope! Yesterday, Today, and Always…There’s Always Hope!

From History to Hope // Show Opener

From History to Hope (Pilot) // Christ at the Crossroads

Synopsis of all 6 Episodes (Season 1) 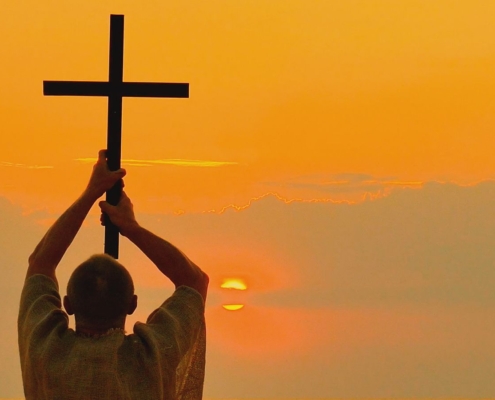 Episode 1 “Pilot” // Christ at the Crossroads

In this opening Pilot Episode, Carl goes on a journey through ancient Celtic Christian history to find some authentic expressions of faith and outreach for a modern audience. He travels to Knowlton Henge in England and visits one of the most dramatic sites of Christian transformation in that Nation.

Then he visits Ireland to share the stories of St. Patrick and St. Brigid, 2 wonderful examples of Celtic believers, both men and women, who brought the presence of Christ and the love of the Father into a pagan culture and transformed it by the Gospel.

Finally, he visits a modern community of faith in an area of Minneapolis, Minnesota where the light of Christ is transforming the spiritual darkness. This inspiring Episode will build faith for introducing Christ to people where they are, and where Christ is found: at the Crossroads! 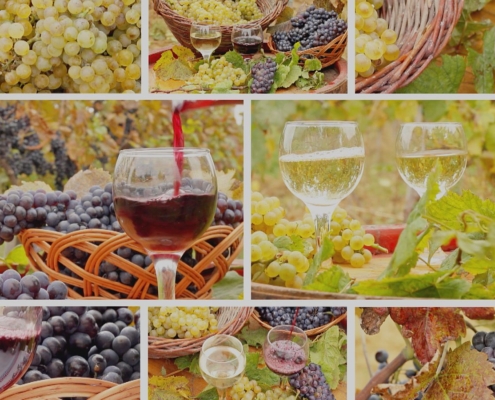 This Episode opens & closes in the city of St. Paul, Minnesota, USA, upon a vantage point between 2 hills with the stark contrast of the State Capitol on one hill and the magnificent Roman Catholic Cathedral of St. Paul on the other, with a thriving community of Catholics there. Carl shares that today we have the separation of Church & State, but it wasn’t always so.

He creatively weaves together 2 unique stories from Salvation-History: first, Menno Simons (founder of the modern day “Mennonites”), whose legacy of the importance of social justice still lives on today. Second, Carl visits 17th Century Scotland to the times of the Divine Right of Kings and shares of the heroic people called “The Covenanters” who refused to allow the English Kings to control their faith, and declared, “Their can be only one King: King Jesus” and, as a result, thousands lost their lives for it.

In every generation God is pouring out the “new wine” of the Spirit through the Living Word, and He is looking for “new wineskins” to contain it!

Episode 3 // Daring to Walk with God

Lessons can be learned from looking in Salvation-History at those who walked with God. Carl opens by inviting us on a walk: a walk in a snowstorm in fact!

This Episode ties together 2 special stories: those of the ancient Christian Celts in England and the U.K. who learned how to communicate with God in all of His nature. Carl shares a very personal story of a walk he took in the midst of his cancer battle and how God spoke to him through the simplicity of a rock during that walk. He interviews modern-day monk David Cole about further insights. He then travels over to Holland and visits the famous “Hiding Place” where Sister Corrie ten Boom and her family hid over 800 Jews fleeing from the Nazis in WW II. He shares some incredible lessons of God’s Providence in the life of Corrie from inside a Concentration Camp which will surely inspire.

He ends the Episode back in the snow to remind us all how unique we are, and to, “Dare to take a walk with God” and learn to listen to His voice!

Episode 4 // The Every Creature Commission 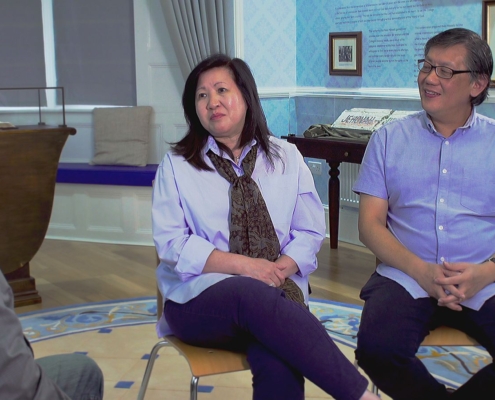 We are a “Last Days” generation. As we approach these “End Times” what is on the LORD’s heart for His people? Are we to participate with His plans in Scripture to see the gospel brought forth to all Nations through both prayer and outreach?

To help answer this question, Carl travels back in time to the ancient land of Wales and the time of the WW II to share the story of Rees Howells. Rees was a prayer warrior, an intercessor, that God spoke to specifically and challenged him just prior to the breakout of World War to begin to pray that the Good News of Jesus would go out to all the world. We’ll discover the remarkable story of intercession that became the spiritual backdrop of WW II and then the incredible spread of the Gospel that has happened in the decades since.

Finally, he interviews Diane Brask, a missionary Leader to the unreached people groups of the world, whose testimony stirs us that our own generation could very well see the fulfillment of Rees Howell’s prayer “commission” from the Holy Spirit called, “The Every Creature Commission” and usher in the return of Jesus Christ! 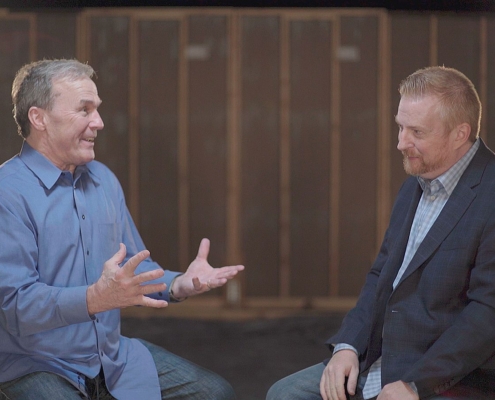 Episode 5 // An Army of Intercessors

In Isaiah 62, the LORD calls forth “watchmen on the wall” who are both men and women of every generation with a calling in both intercession and worship. In this intriguing Episode, Carl visits the now-famous “Prayer Room” in Kansas City, Missouri, U.S.A., where 24 hour a day/7 day a week intercession and worship has been happening since 1999!

He then travels back in time to Ireland to the area of Bangor to an ancient monastic settlement called Nendrum, where he uncovers an artifact which illustrates how Christian monks practiced spiritual disciplines of continuous prayer & worship throughout their days, from the 5th Century onward.

Next he once again re-visits the Bible School of Wales where Rees Howells once gathered, “An Army of Intercessors” who sacrificed their lives to pray through many world events for the glory of God.

Then it’s back to IHOPKC (International House of Prayer, Kansas City) to interview Mike Bickle, Director of IHOPKC, to gain unique insights into this House of Prayer for all Nations that is running full steam ahead. Carl even makes a surprise visit at 3 A.M. to the Prayer Room, and what he discovers there will inspire you and give you hope for the future. You and I are part of God’s Last-Days Army of Intercessors! 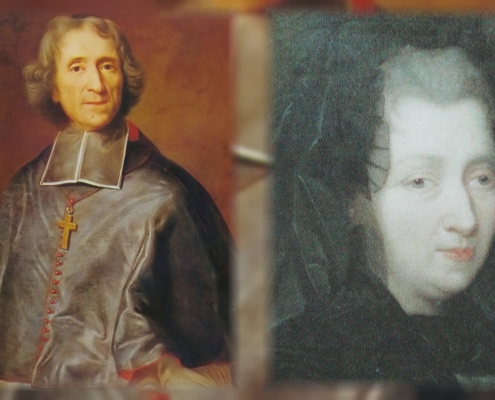 Want to know the answer to this intriguing question? The theme in this Episode is “conversations with God” and how to listen to the Holy Spirit.

For the history portion, Carl chronicles the stories of 2 of the brightest lights of the 17th Century to appear in the Roman Catholic Church in France: Francois Fenelon & Madame Guyon. Their emphasis on the personal presence of the Holy Spirit in prayer was revolutionary for their day.

He then travels over to the U.K. to England, Ireland, Scotland & Wales to speak with multiple leaders to gain their insights into how to carry on a continuous “dialogue” with the Holy Spirit where you can learn that successful prayer is 50% speaking and 50% active “listening.”

Finally, he interviews Mike Bickle, leader of IHOPKC (International House of Prayer, Kansas City) and Eric Delve, an evangelist from Bristol, England, who both share “conversations” they had with the LORD that bring life-changing revelations for us, today. What does God sound like? Watch this and you will learn the surprising answer to this question! 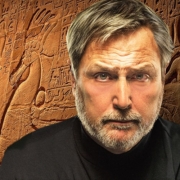 I just watched Episode 1, “Christ at the Crossroads.” Again, another wonderful life-giving program! It is filled with the Holy Spirit and encouragement. I never knew about the Celtic ministry approach. Excellent! 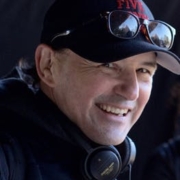 “‘FROM HISTORY TO HOPE’ is both inspiring and thought-provoking. Carl Wesley Anderson has woven together meaningful research, personal interviews, and beautiful cinematography and the result is a memorable and moving Series. It will impact your life and draw you closer to our LORD. You need to watch it today!”